Get the latest local advice on COVID-19 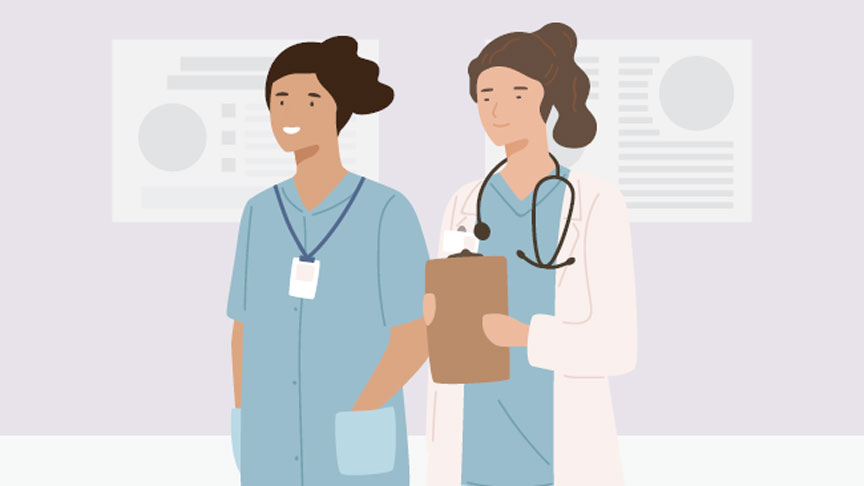 Last year was designated as International Year of the Nurse and the Midwife to coincide with Florence Nightingale’s, founder of modern nursing, 200th birth anniversary. Her name and story is well known by all. However, there are other names, of Australian nurses, whose stories are not as well known, but significant to the history of nursing in Australia. For Women’s History Month, we are showcasing their stories below.

Nellie was a nurse at Royal Prince Alfred Hospital in Sydney, and forged the way for training and education of civilian nurses for military service during the Boer War and in World War I.

By far her most meritorious contribution began when she was asked in February 1899 to help form the Army Nursing Service and become one of Australia's first Boer War nurses. In May of the same year the first 26 official military nurses were sworn in, handpicked by Nellie herself. Nellie had chosen her nurses only from those who had had more than seven years of nursing experience.

When war broke out again in 1911, Nellie’s experience as an Army nurse in the Boer War gave her the invaluable knowledge and understanding to lead Australia’s first contingent of nurses bound for Europe in World War 1. In September 1915, Nellie and 96 Australian nurses prepared for the influx of casualties which followed the first landing in Gallipoli.

At the end of her career, Nellie’s uniform was weighed down with medals, and in 1916 she was awarded the Royal Red Cross (1st class), a medal which is conferred upon members of the nursing services, irrespective of rank, who are 'recommended for special devotion and competency in their nursing duties'.

Lieutenant Colonel Vivian Bullwinkel (1915–2000) was born in Kapunda, South Australia. Vivian was an Australian Army Nurse during World War II and the sole survivor of the Bangka Island Massacre in Sumatra, 1942. During the massacre, she was struck by a bullet which passed completely through her body. She feigned death until the attackers left, however was eventually found and taken into captivity as a prisoner of war, where she was held for three and a half years.

Vivian went on to testify before a War Crimes tribunal, later retiring from the Australian Army as a lieutenant colonel but continuing to dedicate herself as a leader in nursing and a humanitarian, and later becoming the Director of Nursing at the Fairfield Infectious Diseases Hospital. She spent time as a member of the Council of the Australian War Memorial and then president of the Australian College of Nursing

Born in Hobart, Betty trained at The Alfred Hospital in Melbourne before joining the Australian Army Nursing Service in 1940. Posted to Singapore in 1941, Betty was one of 300 aboard the Vyner Brooke which was bombed by a Japanese aircraft. After floating on a raft, Betty washed ashore several days after the Bangka Island massacre but was immediately captured by Japanese soldiers, also becoming a prisoner of war. Betty later wrote White Coolies, a book based on a secret diary from her three and a half years as a POW in Sumatra, Indonesia.

Returning to Melbourne, after hospitalisations, along with Vivian, Betty travelled to Victoria raising awareness and funds to establish a memorial to their colleagues who died in Sumatra. Eventually, the Nurses Memorial Centre was established on St Kilda Road, Melbourne, with Betty appointed its first administrator.

Although controversial at times, Lucy Osburn is considered to have played a critical role in establishing modern nursing in Australia and is described by many as the founder of nursing in Australia. Whilst Lucy was born in Leeds, Yorkshire, UK in 1836, she was the leader of one of the two teams of nurses sent to Australia in 1868 at the request of politician Sir Henry Parkes, to found Nightingale Nursing.

As Lady Superintendent of the Sydney Infirmary and Dispensary (later Sydney Hospital), Lucy was known as an autocrat, dismissing male nurses, demanding strict obedience and often in conflict with colleagues. Despite this, Lucy is credited with being highly practical and campaigning to introduce nursing training in Australia.

Pat Slater is considered a modern leader in nurse education, playing a major role in progressing hospital-based training to tertiary-based education. After gaining her General Nursing Certificate at the Alfred Hospital in Melbourne, Pat undertook midwifery training at the Royal Women's Hospital, Melbourne, and Infant Welfare training at Karitane Home for Mother's and Babies, Sydney.

From 1943-1947 Pat served in the Australian Army Nursing Service in Australia and in Borneo. The years from 1947 to 1952 were spent travelling and working in Victoria, the Northern Territory, Western Australia and Queensland. Following this, Pat took up a teaching appointment and went on to travel and study extensively, completing a Diploma in Nurse Education and Master of Arts degree. Pat was a lecturer, then director at the College of Nursing Australia, introducing the first undergraduate college-based nursing course in Australia, ten years before this became mandatory.

Pat is credited with helping the profession’s education standards evolve from traditional apprentice training to high-level education courses. Her contribution to the College of Nursing and the wider profession was celebrated when the street on which the Nurses Memorial Centre stands in Melbourne was renamed Slater Street in 1984, along with an annual memorial award, the Patricia Slater Award.

We would also like to recognise the many other nurses who have made significant contributions to the history of nursing in Australia. Together let’s celebrate the achievement of all nurses! Share your personal stories of nurses whom you believe have had an influence on the profession.

This page is tagged in the following topics